In 1960, Lilly Grove Missionary Baptist Church was first organized in a small frame building at 3602 Drew Street in the Third Ward area of Houston under the leadership of Reverend Norris Terry.

EXALTING THE SAVIOR
EQUIPPING THE SAINTS
EVANGELIZING THE SINNER

Our vision is to be the Church of God, called out and assembled to honor God in our Worship, our Walk, our Witness, and our Work for His Kingdom’s cause, by evangelizing the unsaved, fostering spiritual maturity and making every member a minister. 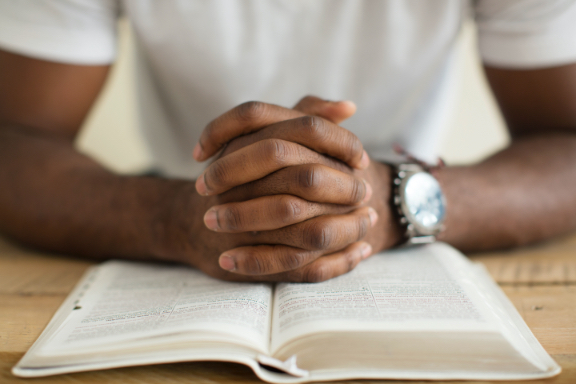 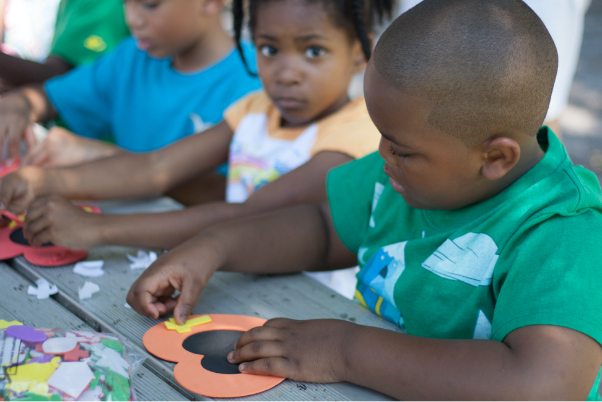 At Lilly Grove Missionary Baptist Church, we believe that God’s mandate to make disciples is our greatest privilege and responsibility. We are, therefore, committed to fulfilling our purpose through worship, fellowship, ministry, outreach, and Christian education. A church is known not only by its history, but also by its doctrine. We believe that Baptist origins can be traced back to Christ. We should be able to identify the Lord’s churches by their doctrines. The Lord’s church today should be teaching what His church in the first century taught.

In 1960, under the leadership of Reverend Norris Terry, the Lilly Grove Missionary Baptist Church was organized. Reverend Terry held church services, along with a few dedicated members, in a small frame building located at 3602 Drew Street in the Third Ward area of Houston. After three years of ministerial leadership, Reverend Terry resigned as pastor. 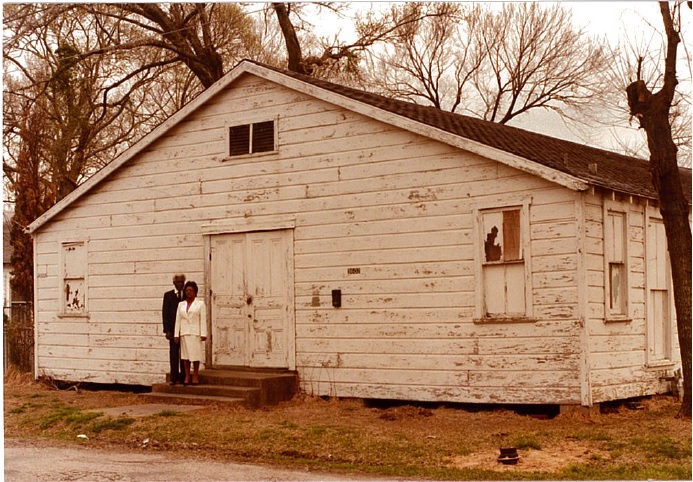 In March of 1964, the Chairman of Deacons, Dale Gilmore, Deacon Willie Jackson, and the still small, dedicated congregation called Reverend Willie E. Powell as pastor. Believing that the modern Baptist faith critically carried the teachings and beliefs found in Christ’s first century church, Lilly Grove determined that from its origins, it would affirm as its greatest privilege and responsibility, God’s mandate to make disciples. Plans were then made under the leadership of Reverend Powell to move the church from the original location on Drew Street to another area of Houston.  After the plot of land was purchased in the LaSalette subdivision on the corner of Idaho and Tierwester, a beautiful edifice was constructed. In March of 1965, God allowed the membership to enter this new place for worship. Soon the appointment of additional deacons, trustees and a newly established Brotherhood and Women’s Missionary Auxiliary all became the cornerstones of church growth and spiritual life for coming years. As God constantly added members, it became evident after only three years that the membership had outgrown the building’s seating capacity. A larger edifice was then erected on the same site, no longer centralizing entry from Idaho Street. The newer Tierwester Street entry became central to the membership after the entrance and dedication services in January 1968. 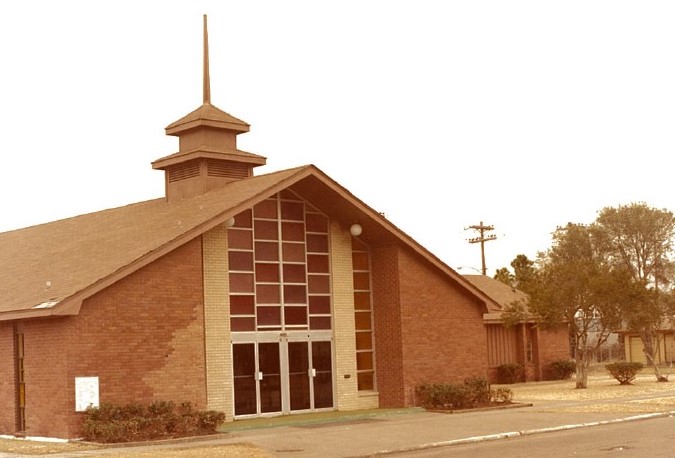 Several additional improvements were made to this building during the passing years. The church continued to do God’s work and to pray for His guidance in doing so. Reverend Willie E. Powell served as pastor of Lilly Grove until August 9, 1981.

With God constantly adding members to this church family, plans and preparations were made in 1985 to build, adjacent to the existing edifice, an even larger worship place. On August 31, 1986, the ribbon cutting entrance into the new sanctuary and dedication services occurred. The older building was then renovated into a smaller chapel, a spacious cafeteria, and classrooms. 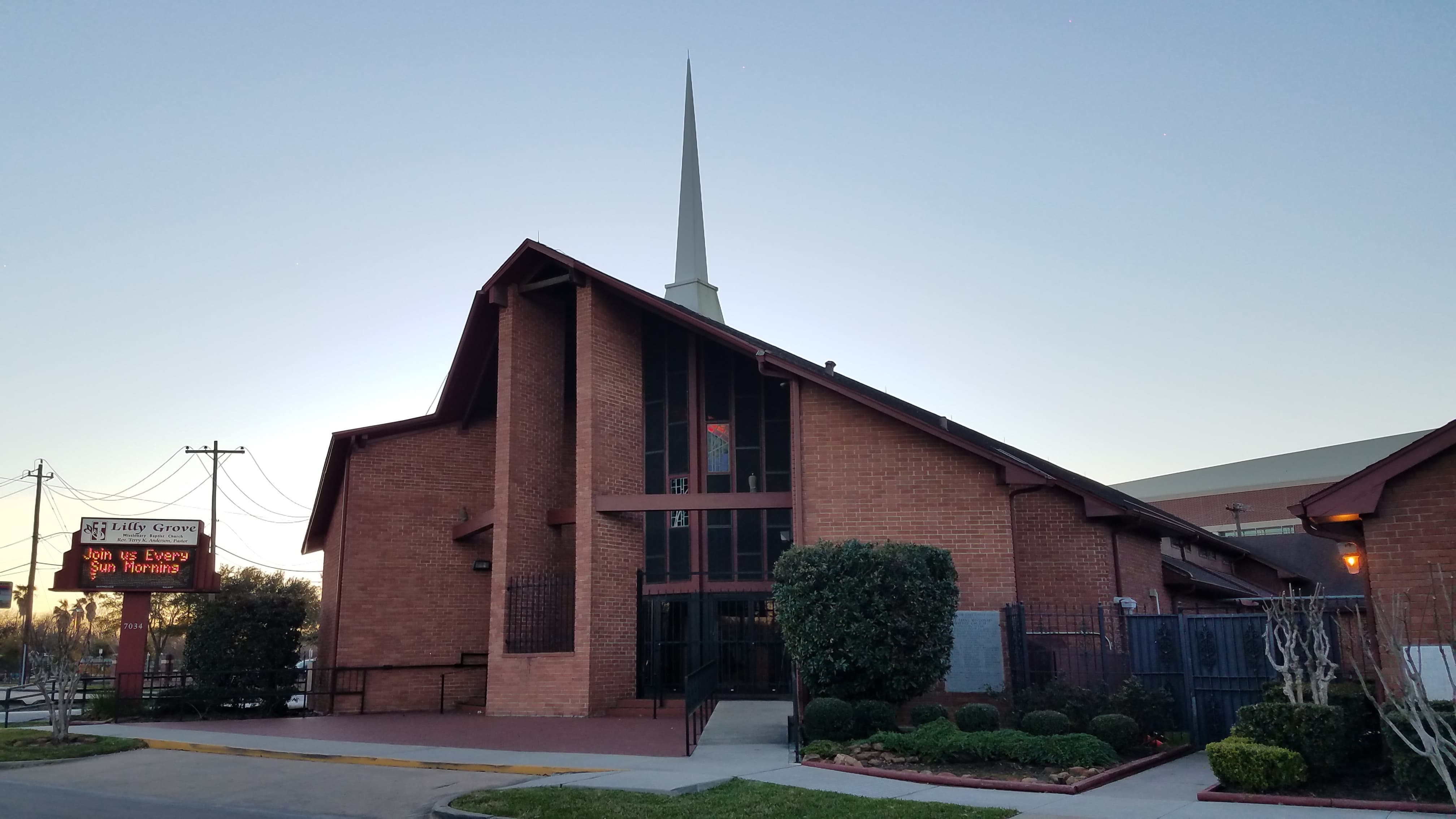 Pastor Wallace and church officers arranged the financing over a period of ten (10) years. The Lord blessed the church to retire the indebtedness within a period of six (6) years. On the third Sunday in January 1990, Reverend Wallace resigned as pastor of Lilly Grove. His final sermon was preached on February 11, 1990.

On December 18, 1990, after a prayerful season of nationwide searching, Lilly Grove called Reverend Terry K. Anderson of Eunice, Louisiana to become the fourth pastor. Reverend Anderson began his tenure as pastor on the first Sunday in February 1991.

Dynamic preaching, teaching, and pastoral leadership by Reverend Anderson during the 90’s moved the church to even higher degrees of commitment to doing kingdom work. The membership exceeded 5,000 and included more than 2,400 families. The Deacon Family Ministry was instituted in 1992 to adequately serve the expanding membership. In 1993, the teaching arm of the church, the Church School, was completely restructured to meet the needs required by a diverse membership. In 2000, Reverend Anderson affirmed Reverend Carlos Washington as the first Youth and Children’s Pastor to help meet the needs of the expanding congregation. On February 11, 2002, Reverend Anderson assigned Reverend Washington the role as Lilly Grove’s first, full-time Associate Pastor.

Under the leadership of Reverend Anderson, a Family Life Center was designed and built to provide a Christian environment for the entire community. The official grand opening and dedication services were held on April 22, 2001. The building was renamed the Wendell Neal Memorial Family Life Center on March 30, 2003, in honor of the late Deacon Dr. Wendell Neal. 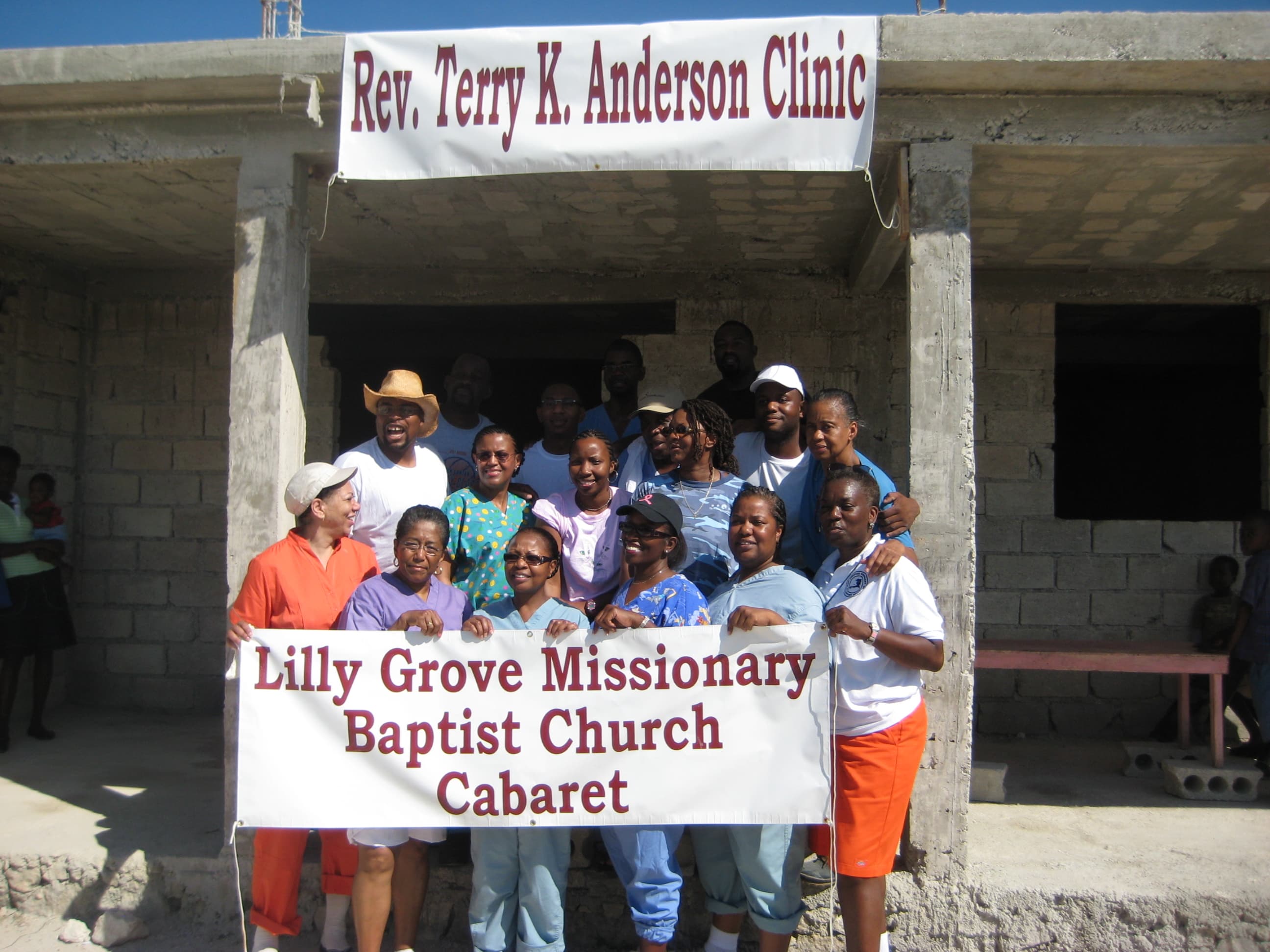 On December 19, 2011, the congregation endorsed the vision of church leadership to move forward with the future Campus Development Program approving the construction of a new 3,500 seat worship center. On December 1, 2013, the Lilly Grove Church family held a ground-breaking ceremony for the new sanctuary, to accommodate the continued growth of the membership. Construction of the proposed facility commenced on June 23, 2013. The church membership celebrated its entry into the newly constructed sanctuary on October 29, 2017. 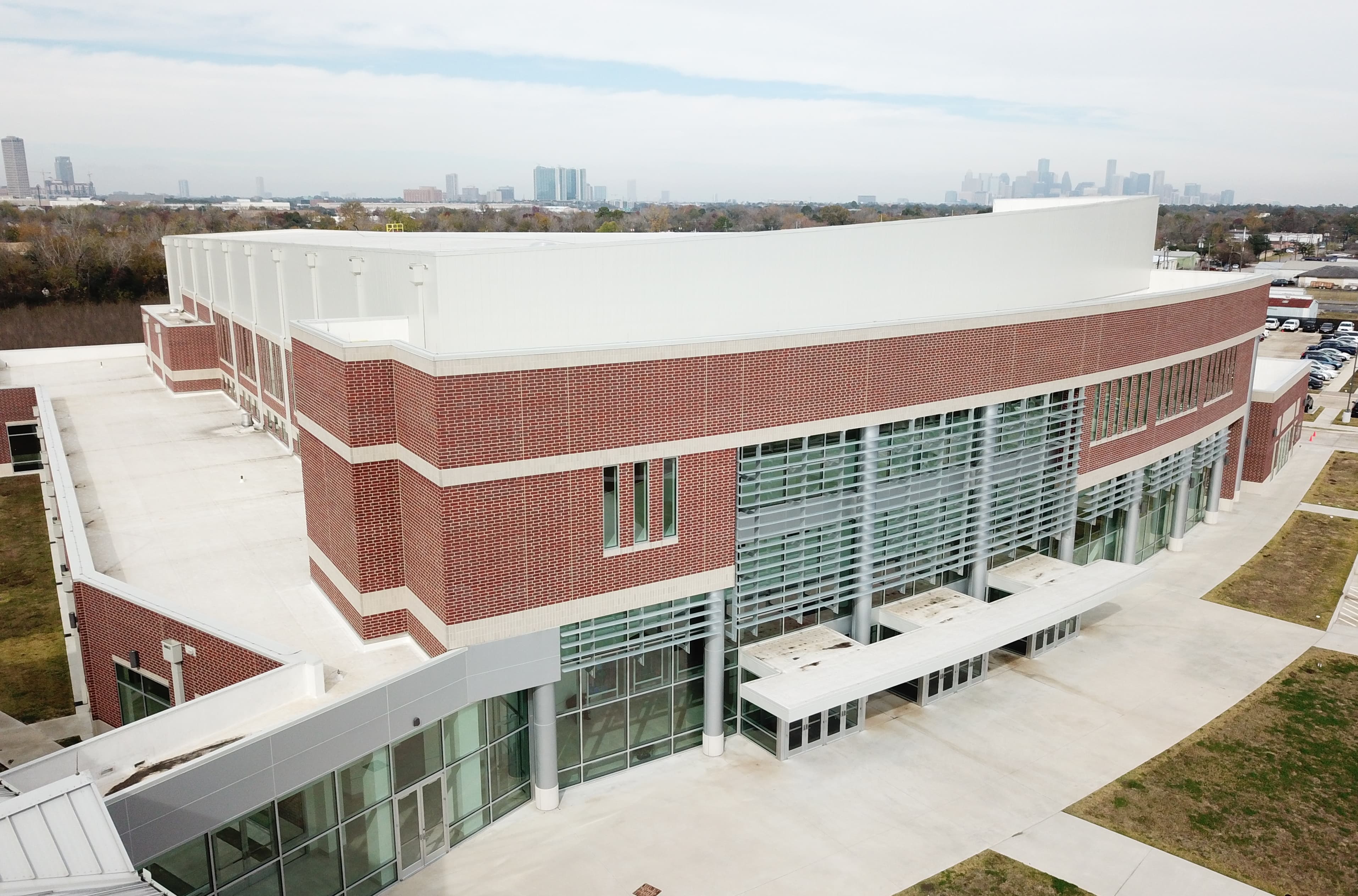 With God’s hand remaining on Lilly Grove, Reverend Anderson’s leadership and pastoral guidance, efforts in evangelism, fellowship, discipleship, and ministerial care continue to overflow. The preached word is now being received each week by more than 5,000 members, and millions of Friends of Lilly Grove through radio, television broadcasts, social media and various streaming platforms. Being led by the Spirit of God, Lilly Grove will continue to walk, witness, work and worship in Exalting the Savior, Equipping the Saints and Evangelizing Sinners.